Michael Payne has more than 35 years experience in illustration, graphic design and advertising art direction. He was an Honours Graduate at Swinburne University. His first position after graduation was with Ken Cato Design before landing a role as a junior art director at George Patterson Bates Advertising Melbourne. He worked mainly on the GMH account. In time he was offered a spot with Hobson Bates London, working on Hertz, Cadbury, Watneys Breweries and British Tobacco. After that stint he moved to Germany. He was offered a senior art director post with Serviceplan Werbeagentur. From there it was another senior post with Dancer Fitzgerald Sample and Roth (Fortune Group). His area of responsibility at these advertising agencies was directing campaigns for press, print and television. He worked on many famous European brands: Löwenbrau Breweries, Boehringer Ingelheim, BMW, Fischer Group, Texas Instruments, Pantene (Switzerland), Duracell and Thermolan (France).

Over time Michael’s love of design and illustration won over and he established his own graphic design studio in Munich. His main clients were Siemens and Bayerische Hypo-Bank (Merchant Bank). He also functioned as a freelance creative director for ACM Werbeagentur- whenever they needed a concept “out of left field”. Additionally a small but constant trickle of work came from the following publishers: Pan Books, New English Library, Bauer Verlag, Playboy Magazine Germany, Heyne Verlag, Goldmann, Langenscheidt and Bertellsman. These were for the most part pure enjoyment because they were well paying and he was given long deadlines and a lot of design and illustrative latitude.

After 8 years in Germany he returned home. In Australia his work has appeared in advertising campaigns, museum exhibitions, Australian Geographic Magazine and even on the $10 dollar banknote.

A detailed CV and certified translated references can be supplied on request.

Michael was trained in the traditional mediums of oil, acrylic, gouache, watercolour, pen, ink and airbrush. Nearly 20 years ago he moved from these mediums to the computer, where he is equally at home. As his work on this website will attest, he can still deliver that traditional look in a wide range of digital media. The World Wide Web has enabled him to deliver projects to clients in the US, Europe and South East Asia with ease.

His maritime art (www.submarinerart.com) has been purchased by submariners from Australia, USA, UK and Russia. Several of his prints are on permanent display at the Pearl Harbor Submarine Museum and are also on the walls of the current and former US Chief of Naval Operations.

Michael has years of creative problem solving as an art director in the advertising and design world. If you are in need of a creative solution he is happy to collaborate with you. Getting a square peg to slide seamlessly into a round hole is his speciality. Languages: Michael speaks fluent German. 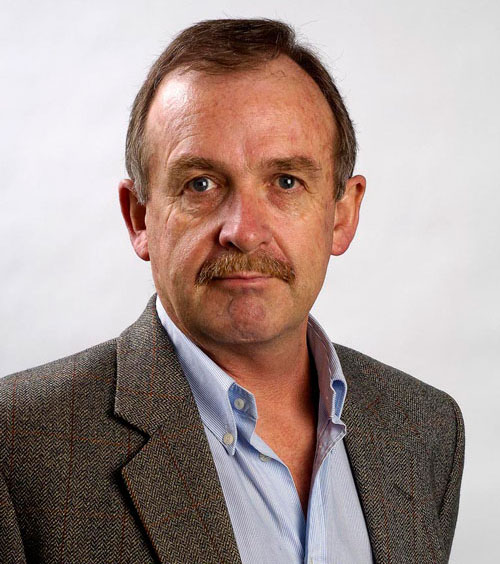